Today, the biggest threat to the game of bridge is the aging demographic in our clubs. The problem is not the age group as such – it’s fantastic that older people enjoy bridge – but that numbers will gradually decline unless new people join. The question though: at what point should a club worry about its membership numbers and start planning a campaign to draw in more people?

Duplicate bridge is a game that works best with between 7 and 10 tables. Below 7, boards are not played so often and you have to consider 4 boards a round which is tiresome when there is a sit-out. Above 10 and you have to consider 2-board rounds or having fewer of the boards played by all the pairs. Of course there are good strategies for larger numbers such as dividing the room into two sections, but nothing is ideal for say 3.5 or 4.5 tables. It is doubly difficult when numbers decline too far, as players may be reluctant to turn up for a less satisfactory session, making the problem worse. 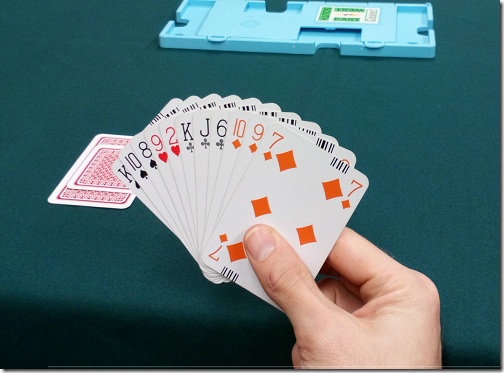 This makes it particularly important for bridge clubs to keep their numbers up. If nobody is joining, having 8 or 9 tables may be falsely reassuring; it only takes a few people to leave and it is not so comfortable.

What about at the other end of the scale. Should large clubs with say more than 150 members consider membership campaigns?

We think it is important that they do. Large clubs are best placed to attract new people into the game. They have more people available to teach and support new players, they may have their own premises which helps enormously with room availability, they can more easily run sessions such as gentle bridge or simple system bridge which are easier for novices.

Bridge clubs do not exist in isolation. Someone may learn at one club and play at another, or play in multiple clubs, and this is a good thing. That may mean that in some areas small clubs benefit from the efforts of larger clubs in attracting new players. It is an uncertain approach though, in that novices may be less confident about joining clubs other than where they are learning.

For more information on running a membership campaign, please do get in touch.

One thought on “Which bridge clubs should plan membership campaigns–small and struggling, large and flourishing, or in between?”